LoRaWAN® Networks Simplified: How do Wireless Sensors use LoRaWAN? 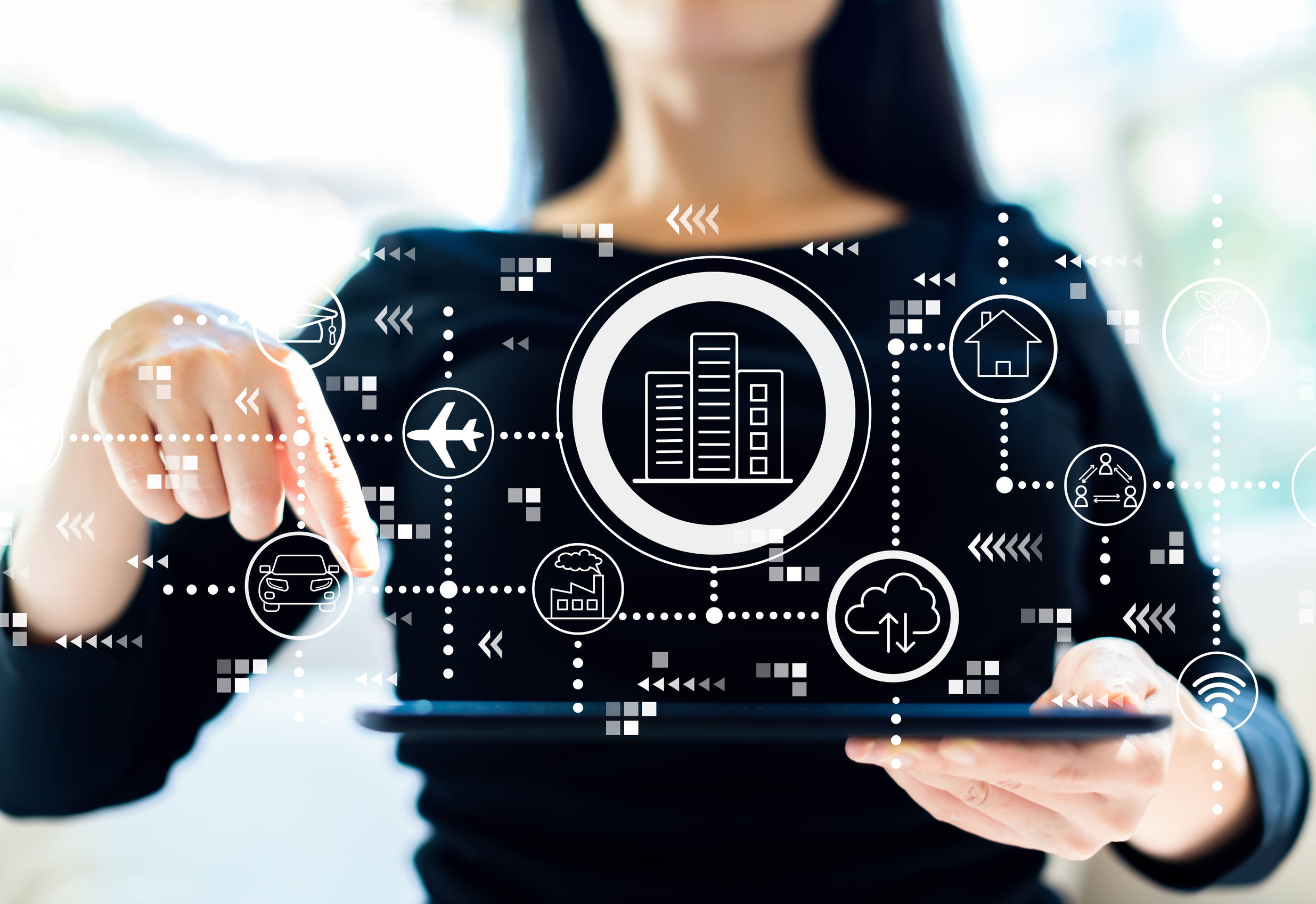 LoRaWAN is considered a wireless communication standard that connects IoT devices to a network to communicate informational data sets over a long distance using minimal battery power. Consumer and industry demands for efficiency dictate the rate of LoRaWAN sensors expansion, the application of wireless sensors or IoT sensors grow as more devices come into demand to deliver more results effectively.

While the idea behind wireless sensor networks and IoT sensors are considered complex, we are going to break down the information and redeliver it in a clean and simple way.

What is the difference between LoRa and LoRaWAN?

LoRa and LoRaWAN are technical terms oftentimes used interchangeably with another, but are not by definition the same. They different and we’ll explain how.

LoRa technology enables the deployment of smart IoT applications that are tasked with solving worldwide challenges like energy efficiency, pollution control, infrastructure productivity, disaster prevention, and many other applications. LoRa refers to the physical implementation for transmitting radio signals using a multi-symbol chirped format to encode the information before transmission through a proprietary system. This is slightly different than LoRaWan.

LoRaWAN, on the other hand, uses LoRa and includes an additional MAC later consisting of application standards. LoRaWAN is a popular wireless communication standard that could be placed in a category with 3G, Bluetooth, GSM, LTE, etc., although it’s not the same. LoRaWAN has similar or greater range than a  smartphone, the flexibility of Wi-Fi, the battery life comparable to a watch, and costs only a few bucks. LoRaWAN has many desirable features that make it an attractive standard for IoT sensors and devices.

What are the featured characteristics of LoRaWAN?

LoRaWAN is rooted in the physical LoRa layer and has a raw max data rate of 27 kbps. Given the low-power long-range capabilities of LoRaWAN wireless sensors, a single sensor or network of wireless IoT sensors can remain powered for roughly a decade before needing maintenance. Here are some key features of LoRaWAN:

Where is LoRaWAN used?

As stated above, LoRa allows the three L’s, two of which are positive and the third subjective. The low power, long range, and low data rates allow wireless sensors and other LoRa technology to have many use cases in several industries. Gas/electricity/water wireless sensors metering can send current usage information a couple of times a day, while SMART parking can be configured to send messages when parking spots fill or open up, requires no cabling and is low maintenance.

LoRa technology can also be seen in SMART lighting to control and optimize traffic flows by observing streetlight status and operation. Environmental monitoring uses like observing humidity, pollution, radiation, sound, temperature, etc. This type of use can establish vital insights when coupled with geolocation.

This type of technology can also serve a purpose in asset management by reporting the status and location of certain specified assets like control lights, locks, etc. Tracking industries are able to streamline and effectively track goods, delivery vehicles as well as package status and delivery route alerts. Healthcare stands to see the benefits of LoRa networks.

Think about activity detection and fall monitoring sensors in hospitals and nursing homes. There is no charging needed, it’s long lasting and has strong network coverage.

How does LoRaWAN work?

For sake of simplicity LoRaWAN networks can be primarily illustrated by the following diagram:

Looks linear, simple, and yet confusing and mysterious. How does this work and what does it mean? Upstream messages (data sent from the device) are encrypted and sent over LoRa radio through transmissions. The message is received by one or more gateways who then transfer the encrypted data over a network (typically IP cellular/Ethernet) to a network server. The network server is the software that authenticates the device and decrypts the LoRaWAN payload. The server then delivers the data packet to the appropriate end application.

This process can also happen in the inverse, better explained, messages can be sent downstream which allows the application to reconfigure the end devices. With this being said, LoRa was designed to use low energy, which means some devices are limited when listening for incoming data transmission. This factor is device dependent as described in the next section.

What are LoRaWAN wireless sensor devices?

A LoRaWAN sensor device is anything that sends or receives informational data and is commonly carried out by devices like wireless sensors, detectors, and actuators. These devices come in 3 classes and are essentially a step up from the previous class.

For instance, a Class A device is only able to receive a message during a small window after it has sent an uplink message and then returns to a low power sleep state where it cannot receive new messages.

Class B is similar to A, but instead is able to listen for incoming messages following predetermined intervals.

Unlike Classes A and B, Class C is able to continuously listen for new incoming messages without entering sleep mode, however, this feature comes at the expense of higher energy usage and for that reason, many Class C devices are not battery operated.

The LoRaWAN standard uses two different message types: MAC messaging and data messaging. MAC messages are used as commands to control the radio and networking message. Data messages are the actual payload that is sent/received and is application or device specific. Since these sensors have limited messaging capabilities, MAC commands/messages are able to ride alongside data messages similar to piggybacking and numerous MAC messages can be released at one time.

What is the LoRa radio?

LoRa uses radio frequency (RF) signals to communicate and operate in the unlicensed ISM spectrum. This means that anyone can openly use this band without paying or getting a license so long as regulations are followed as determined by the FCC in the US. Although LoRa operates in the ISM (Industrial, Science, Medical) band, the ranges within ISM fields vary greatly depending on geographical region.

LoRa provides the necessary ranges and data rate within the following geographical frequencies for specified wireless sensors: Europe: 868Mhz and 433 Mhz, US: 915Mhz and AUS: 915-928 Mhz. These differences prevent US devices and gateways from being compatible with European or Australian devices. There are several techniques LoRa uses to improve data reliability, however, the two most important ones are Spread Spectrum and Adaptive Data Rate (ADR).

Spread Spectrum: Originally developed for military applications increasing resistance to interference from noise and jamming. It does this by taking raw information and is spread across a larger frequency.

ADR: This allows augmentation of the data rate and transmit power to adjust the functioning of signal quality and distance to the gateway. A slow transmission will have a higher spreading factor that achieves longer and more reliable ranges.

What is a LoRa gateway?

A gateway can be thought of as an access point or modem. It’s receiving all LoRa radio messages sent by devices within range. If the gateway has a network server built in it will process the data payload locally, and if the network server is located in the cloud the gateway will simply relay the encrypted packet to the server.

What Does the Network Server Do?

Once a LoRa gateway has received a transmitted data packet (message), it will then continue upstream to a network server, considered the most intelligent or sophisticated area of the LoRaWAN network. Network servers are responsible for carrying out a list of various tasks that include:

The network server in most instances will direct messages from a particular IDand port to a specified or predefined application. This typically happens by sending it to a web service (HTTP(S)) or by placing it in an MQTT queue to be sent to the right place at a determined interval.

What does end application mean?

The final step of data transmission in a LoRa network is the data sent to the actual end application. This is where manufacturers and developers will create code to parse messages received by devices relevant to the application being used. This is where the raw data is assembled into digestible information for the end user’s interpretation.

We’ve simplified the flow diagram so you can visually compare how these areas work with each other.

How do LoRa networks stay secure?

Lastly, security comes to mind. Since networks themselves do not need to be able to interpret the data received unless it pertains to network infrastructure or is relevant to the network itself. A network session key (NwkSKey) encrypts the messages and payloads in the event a MAC command is sent. This key signs the message allowing networks to verify the sender’s identity.

A second key is known as the application session key (AppSKey) and is responsible for encrypting the payload (actual data) and does not need to be recognized or known by the network server in order to forward the message where it needs to be. The application server will then decrypt the message to extract the information by using the same key.

There are two secure ways to join a LoRa network. They are referred to as Activation by Personalization (ABP) and Over the Air Activation (OTAA). This determines how LoRaWAN devices connect to networks, but does not involve upstream-downstream communication flow as we’ve detailed above.

Radio Bridge is a leading manufacturer and custom designer of wireless sensor technology for emerging building security, industrial automation, SMART cities, ISM industries, and other IoT applications. From wireless sensors to dashboard monitoring, Radio Bridge provides you with the tools you need today to prepare you for tomorrow.

Interested in learning more about how we can improve your next IoT or industry automation projects?

Our team is ready to help you create a better more efficient tomorrow. Find out how our wireless technology can help by contacting us today. 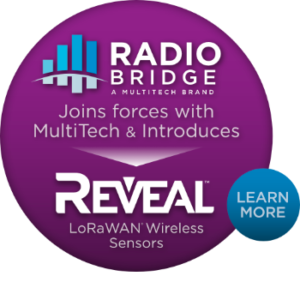 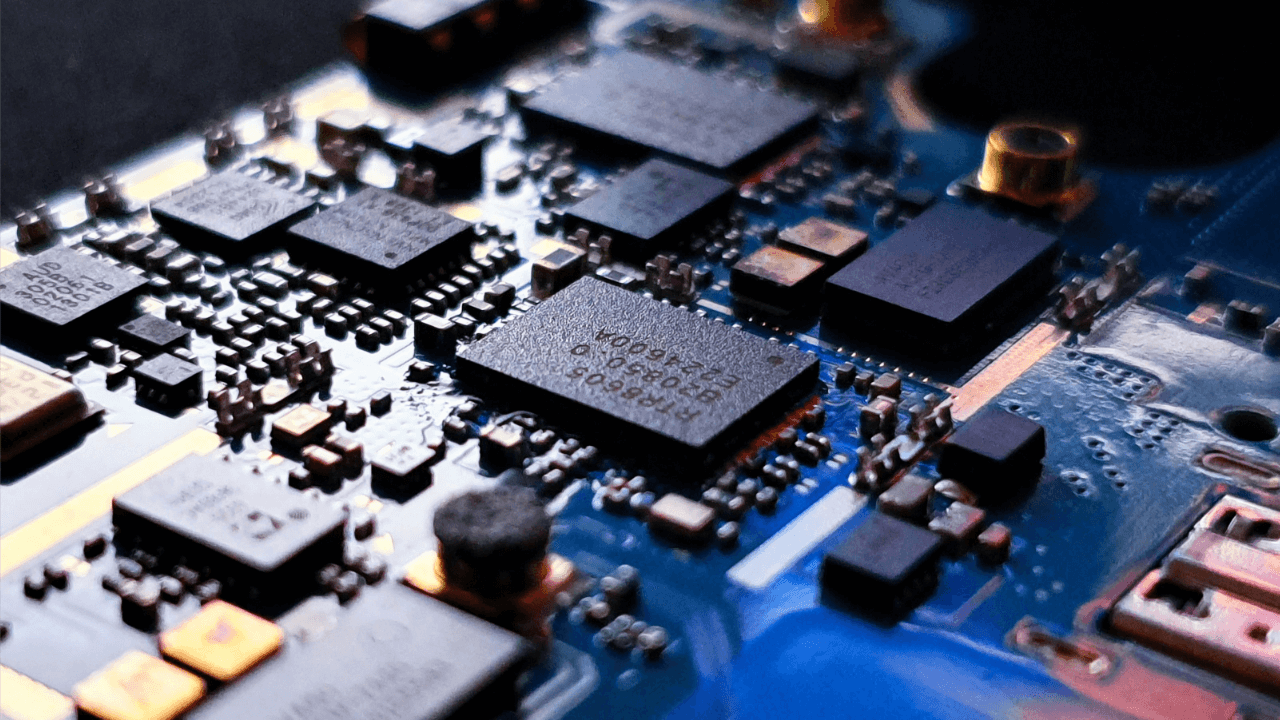 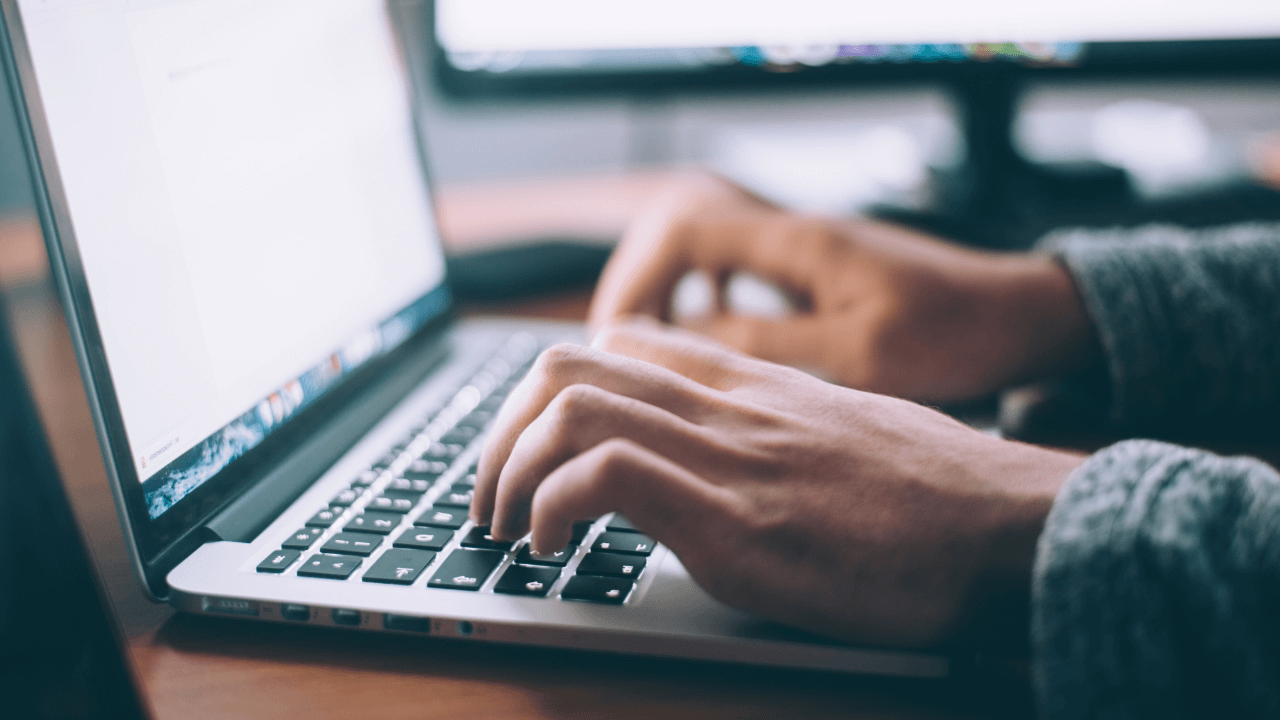 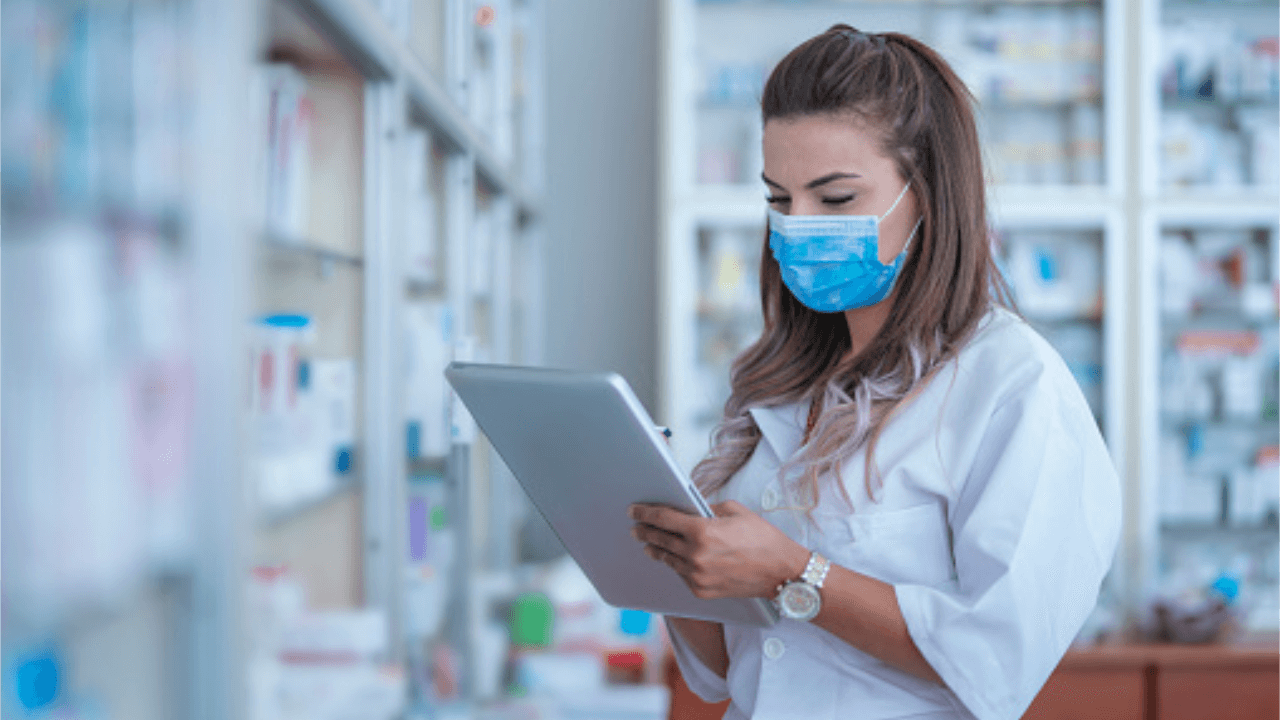