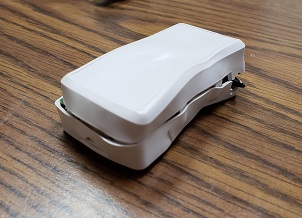 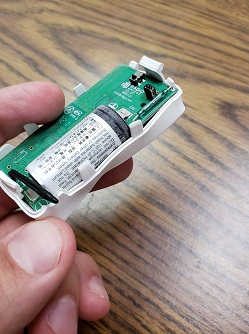 This past week we performed temperature testing in a controlled chamber to stress our sensors in extreme conditions. The melting point (or more accurately, the glass transition point) of ABS plastic is 220F (105C), and…

The sensors continued to operate even as we exceeded the melting point of the plastics.

Take a look at the photos to see the plastics melting away from the body of the sensor.

During the extreme heating cycle we received a “tamper” message from the sensor indicating that the enclosure had been opened. The plastics had come apart in the melting process and the tamper indicator was doing its job correctly. This was in addition to the normal sensor events reported from within the chamber.

The temperature was then dropped below -50C and continued operating at this extreme as well. One of the photos shows a sensor where the plastics had been previously melted but also covered by frost indicating the extreme cold tests. This sensor continues to operate seamlessly days later.

Note that these extreme operating conditions are not recommended for users of our sensor products as they exceed safe operating levels, particularly for the battery. Please refer to the user guides to find the maximum and minimum operating temperatures.